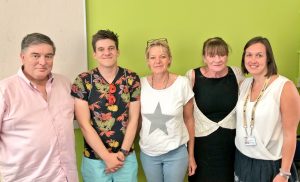 The SONG-GD Survey is now live!

Glomerular Disease (glomerulonephritis) is a group of diseases that injure the part of the kidney that filters blood (called glomeruli). Other terms you may hear used are nephritis and nephrotic syndrome. We will be conducting an international survey to ask about what impacts of treatment and disease are important to you – outcomes that you think should be reported in research in people with glomerular disease.